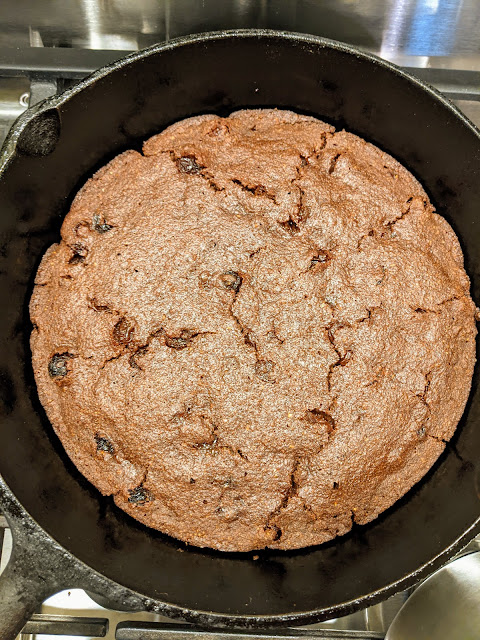 Growing grain in colonial America was a difficult endeavor. New England soils were rocky and hard to plow. The weather was cold and rainy. Wheat was especially prone to infections by fungi and molds. Settlers anxious to make bread had to be creative and use whatever flour was in abundance.

Native Americans were master farmers of corn and settlers referred to all corn meal as Indian flour.

Rye is more tolerant of cold, wet conditions than wheat and was also relied upon for nutrition.

The combination of Rye and Indian was, when cookbooks were first printed in the 1800s, also referred to as Ryaninjun, and in this version of the recipe, Thirded Bread, because I have used one third of each type of flour: rye, corn, and wheat. Depending upon what was available, the bread might have a lot more of one kind of flour than the other two.

This bread is also quite similar to Boston Brown Bread and back before the days of Keurig and pour-overs, like in the 1950s, when coffee came in large tin cans, this bread was made in an old coffee can inside a steaming pan of water. I steamed mine in a tightly lidded cast iron Dutch oven. 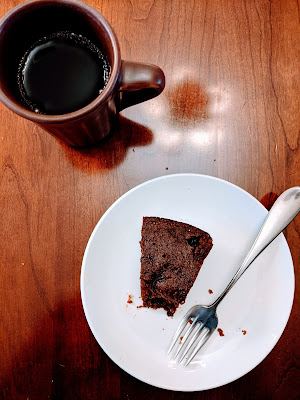 The heavy dose of molasses, sweet raisins, and slight crunch supplied by the coarsely ground cornmeal were a perfect complement to a dark cup of breakfast coffee. We ate the rest with baked beans for dinner.
This may be one of the easiest sourdough recipes you can make. My Recipe is here.
cornmeal leftover sourdough molasses rye sourdough